Summary: An increasing number of Indian students are applying to abroad universities. This year’s application volume was double that of the previous year. Most applicants target STEM courses in the U.S., followed by the U.K. and Canada. In the U.S., engineering, computer science, and data science students start at $220,000 a year, compared to $90,000 in 2019. About 80% of Indian students study abroad in the U.S., UK, Canada, and Australia.

Thomas Cook, an Indian travel agency, has seen a two-fold increase in the uptake of US-Canada-UK trips over 2020. The number of student applications at Yocket increased by more than twice as much as last year.

An increasing number of Indian students are applying to foreign universities, primarily because of the attractive pay packages and roles offered by recruiters on their campuses; this year’s application volume was double that of the previous year.

Several foreign education platforms have stated that most applicants aim for STEM courses at colleges and universities in the United States and the United Kingdom, with Canada and Australia in close second and third place.

They said that top tech companies’ pay packages and jobs at campus recruitment drives are the main attractions for applicants.

“In the United States, Indian students are being offered generous compensation packages. Engineering, computer science, and data science students start at $220,000 a year, compared to $90,000 in 2019, which is a considerable difference “One of Collegify’s co-creators, Adarsh Khandelwal, said this.

For example, he claimed that financial accounting and economics students in the United States are eligible for an annual salary of up to $160,000 (USD). According to Collegify’s CEO, Khandelwal, over 1,000 students enrolled through Collegify in the last two years have earned over $100,000.

Leading tech companies have made multiple jobs offers to UW-Seattle graduate Shaurya Jain, for example. An annual salary of $220,000 plus a signing bonus, stock, free laundry, and meals, as well as the opportunity to work from home, is what Jain is interested in.

Co-founder and CEO of ForeignAdmits Nikhil Jain say that “with better salaries by tech companies to freshers and rising income levels of parents who can afford foreign education for children, the outflow of Indian students for STEM courses is on the rise.” “

Six out of every ten students at ForeignAdmits are interested in studying in the United States or Canada, he said.

Students from India are increasingly interested in studying abroad due to the World Health Organization’s (WHO) recognition of the vaccines Covishield and Covaxin and the pent-up demand from last year.

According to data from INTO University Partnerships, a higher education organization, about 80% of Indian students currently studying abroad go to the United States, United Kingdom, Canada, and Australia.

While visa and entry issues continue to be a challenge, Thomas Cook, an Indian travel agency, has seen a two-fold increase in the August-September 2021 uptake of US-Canada-UK trips over 2020.

“We exceeded our pre-pandemic levels in October 2021. as a result, we expect a strong revival in this year’s spring intake as well, “said Thomas Cook (India) Ltd. senior vice-president, foreign exchange, Deepesh Varma.

For this academic year, Yocket has received more than 200,000 inquiries from students interested in enrolling. Yocket co-founder Sumeet Jain said that Yocket’s revenue has increased by more than twice as much as it did last year.

“Between September 2020 and September 2021, the number of students on our platform has increased by 21 times. Besides the increase in student interest this year, this is also due to our rapid growth over the past two years, “Leverage Edu founder Akshay Chaturvedi said.

According to experts, the fierce competition for U.G. seats in India is why more Indian students seek admissions abroad.

According to Chaturvedi, Indian students in the U.S. and Canada pursue a wide range of studies, including everything from hotel management and sports analytics to the study of wine and photosynthesis.

Having a degree from the United States will open a wide range of career options for you. Jain asserts that the return on investment is extremely high, particularly for the three-year optional practical training (OPT). 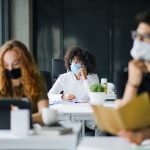 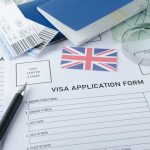