Indians can travel to the UK from Monday.

Indians who have received the total dose of the Covishield vaccine can travel to the UK without being to put in quarantine.

According to the United Kingdom’s announcement made on Thursday, travel quarantine rules for 47 countries, including India, would be abolished as of Monday. Indian tourists would be relieved, as this is good news. New limits on immigration have been eased because additional countries’ vaccination status will be accepted.

Indians who have gotten the locally made Covishield Covid-19 vaccine will no longer be subject to the 10-day required quarantine. As the UK government put it, “qualifying fully vaccinated travelers and eligible under-18s returning from countries and territories not on the red list can do so with just a day 2 test.”

On the morning of Monday, October 11, eligible travelers who have been vaccinated in any of the 47 new countries and territories will be treated the same as returning UK residents who have been fully vaccinated. Brazil, Ghana, Hong Kong, India, Pakistan, South Africa, and Turkey are some of the countries and regions. After 10 days of not visiting a nation or region on the “Red List,” they will be allowed to enter the country.

When the United Kingdom government lifted travel restrictions for citizens of countries on the so-called “red list,” the decision was made to move forward. By the conclusion, 47 countries and territories will be taken off the red list, allowing people to travel freely throughout the world. Thanks to the new policy, passengers returning from these destinations to England won’t have to go through quarantine at a hotel any longer.

According to Transport Minister Grant Shapps, travelers entering England from 37 nations and territories will have fewer delays. It will be necessary to check the immunization status of visitors arriving from India, Turkey, and Ghana.

To keep up with the pace of keeping travel open for good, he added in a tweet: “Today’s actions signal the next stage in our efforts.” Non-US citizens arriving without an authorized vaccine must still submit to a pre-departure test, two tests on days 2 and 8, and a 10-day self-isolation period (Test to Release on Day 5 is an option).

According to reports, India’s Ministry of External Affairs said that the disagreement over travel restrictions between India and the United Kingdom may be settled quickly. New international COVID-19 travel rules introduced by the United Kingdom have prompted retaliation from India, branded “discriminatory.”

The initial refusal of recognition in the United Kingdom for Serum Institute of India’s Covishield (SII). The Ministry of External Affairs’ spokeswoman, Arindam Bagchi, told reporters: “No one in the UK government has responded to our repeated requests for help. Despite this, we’re still hopeful that we’ll find a solution.” Because of the outcry from India, the United Kingdom revised its new guidance to include the immunization on September 22. This has resulted in reciprocal measures being put in place for all UK nationals arriving in India as of October 4, and further negotiation is underway.

Covishield-treated Indian travelers were not exempted from quarantine restrictions as a result of the court ruling. According to a later statement from British officials, the UK’s concerns are with India’s vaccine certification process rather than the Covishield vaccine itself. The Covishield Covid-19 vaccine was made in Pune by the Serum Institute of India and is based on the Oxford-AstraZeneca vaccine. 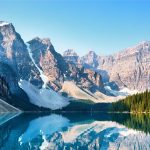 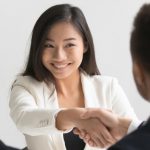