Summary: The pandemic has caused widespread uncertainty, travel difficulties, and financial hardship. Despite Covid-19 challenges students prefer studying abroad, and as many as 84 percent of schools surveyed reported that most of their students had changed their minds about their first-choice destination or university – primarily due to the general uncertainty, travel difficulties, and financial hardship caused by the pandemic.

The Covid-19 pandemic has caused widespread disruption in education around the world. It has directly impacted students’ decisions about continuing their education after they graduate from high school. In a study conducted as part of Cambridge International’s Annual Destinations survey, it was discovered that students are becoming more aware of the diverse range of study opportunities available to them around the world.

The pandemic has caused widespread uncertainty, travel difficulties, and financial hardship. The survey asked universities and colleges worldwide where their previous year’s Cambridge International AS and A Level students chose to study and what subjects they chose. And as many as 84 percent of schools surveyed reported that most of their students had changed their minds about their first-choice destination or university – primarily due to the general uncertainty, travel difficulties, and financial hardship caused by the pandemic.

Despite the pandemic, Cambridge students have maintained their desire to study abroad. In 2020, it was expected that more than a third of Cambridge students would have continued their education at institutions outside of their home country.

Many teachers who participated in the survey reported that students’ willingness to consider different countries has increased, particularly in university applications in Turkey, Germany, Canada, Indonesia, the United Arab Emirates, and the Netherlands.

According to the survey, 66% of students chose a US institution because of its reputation, and 34% chose Australia because they were interested in exploring its cultural heritage. In addition, when looking at the top four international destinations in the world (the United Kingdom, the United States, Canada, and Australia), 76 percent of respondents said they chose the United Kingdom because of the country’s strong university reputation. Instead, 73 percent stated that they chose Canada because it was the most attractive future employment opportunity.

In India, most students continue to pursue higher education courses at Indian universities, followed by international destinations such as the United States and the United Kingdom. The survey found that Indian students have expressed an increased interest in studying at Canadian and Australian universities, consistent with the overall global student trend identified in the study.

In addition, some respondents stated that there is greater awareness of scholarships and funding, which makes attending university in a foreign country more financially feasible.

For example, 84 percent of schools reported that the Covid-19 pandemic significantly impacted their students’ higher education decisions in 2020, underscoring the magnitude of the problem. Three out of five schools (62 percent) reported that some students delayed university attendance due to general uncertainty and a desire to avoid traveling away from home to attend classes. Covid-19 impacted location selection that at least some students from 43% of schools changed their plans to participate in another university. 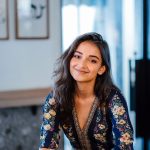 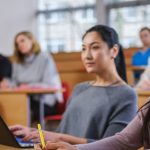