Intelligent Overseas Education Travel Update: Due to an increase in COVID-19 cases, Australia has announced snap or extended lockdowns in the capitals of Canberra, Sydney, Melbourne, and Darwin. Alan Tudge noted that attempts are being made to fully operational pilot plans to expedite international students’ return to Australia, notwithstanding the lack of an official timeline.

The Premiers of South Australia and New South Wales both approved excellent International Student Arrival Plans for me, and the Chief Health Officers of both states agreed on them as well. “The New South Wales education minister said today’s Australian Financial Review Higher Education Summit is now focused on managing the current outbreak and getting the state out of lockdown (August 16). “The state government will need to coordinate arrivals in South Australia with federal agencies,” the minister adds. I recently spoke with the Premier of South Australia, and I know that they are still enthusiastic about getting this project underway.”

Could an increase in COVID harm international students’ plans to return to Australia?

According to Tudge, as vaccination rates continue to rise, so will the university’s ability to welcome back international students. When vaccination rates in Australia reach 70 per cent, the country will enter a transition phase that will allow for increased capped entry of student visa holders, subject to quarantine arrangements and availability. When our borders begin to open, I am confident that a significant number of students will return to our country. In support of this conclusion, data on international students’ living experiences in Australia that I released recently shows that 91 per cent of international students enjoyed their overall living experience in Australia.

According to Tudge, when international students return to Australia, the country will need to ensure greater diversity, better alignment with skills shortages, and ensure that the student experience of international and Australian students is maximized. Student commencements at Australian universities are plummeting among Indian and Nepali students.

Using financial data and international student data, Tudge’s department discovered that even if international students “roared back in 2022,” the impact of the massive decline in commencing students (36.5 per cent since June 2019) would be felt for several years. Thousands of international students who would usually be here, studying on our campuses, participating in our vibrant community, and taking advantage of Australia’s enviable lifestyle, expressed their sorrow to Tudge in a statement. He stated that most universities were in a “relatively strong financial position” partly because of government assistance when the calendar year began.

He stated that the most significant initial impact of the pandemic on the university sector was the reduction in earnings on investments as a result of weak global equity markets, rather than the reduction in the number of international students attending university.

ACCORDING TO THE REPORT:

Approximately A$1.3 billion of the A$1.8 billion decreases in revenue from 2019 to 2020 was attributable to lower investment earnings. He stated that investment earnings were down by 57% from the previous year (a good year for payments).

By contrast, international students in higher education were down by five per cent at the end of 2020 compared to the same time last year. Although they are down only 12 per cent from their all-time highs reached in 2019, they are still at record lows. Australian universities that we’re able to maintain a relatively high investment income while relying primarily on Chinese students, as opposed to students from other countries, have found themselves in highly precarious financial situations.

According to him, being financially reliant on a single country increases financial risk, reduces diversity in university classrooms, and can harm the educational experience of both Australian and international students alike. While the pandemic has continued, you will have kept your financial position in better condition if you primarily enroll Chinese students. This has undoubtedly been the case for a university like Sydney,” he asserted, adding that. 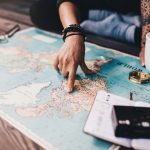 A Vaccine for Your Dream University!News 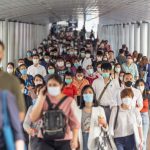