In terms of Western Australia border updates, what’s the latest? The Guardian reports that Western Australia will delay reopening its interstate borders until as late as early February, a move the premier claims will save 200 lives. No announcements regarding the return of abroad students have been made as of this writing.

State premier Mark McGowan did not specify a precise reopening date but said limitations would be removed after the state achieved 90% vaccination for persons aged 12 and over; late January or early February is expected to happen.

According to the report, it’s projected that 80 percent vaccine coverage would be achieved in the first part of December.

An 80 percent vaccination rate is not only bad for health, but it is terrible for the economy, Australian Prime Minister Scott Morrison stated in reaction to Western Australia’s unwillingness to reopen its borders.

Updates on the frontiers of Western Australia have been less than encouraging. As soon as the state reaches a vaccination rate of 90%, the state’s premier, Mark McGowan, promises to eliminate restrictions. Trevor Collens/AFP was the source of this information.

Approximately 500 students will return to New South Wales in December due to a plan put in place by the state. Under the first stage of the Victorian Government’s Student Arrivals Plan, up to 120 students might begin returning to Victoria by the end of 2021.

Domestic and international newcomers, including international students, will be allowed into South Australia with no quarantine period until 90 percent of South Australians aged 12 and over have been completely vaccinated. By the end of December 2021, it is estimated that 90% of the target will have been met.

The Therapeutic Goods Administration (TGA) recognized the COVID-19 vaccine, and mandatory COVID-19 testing is required for all new overseas students.

From January 2022, international students will be allowed to return to Queensland. Starting in Phase 1, 250 students a fortnight will be added to the Queensland Student Arrivals Plan.

According to Study Queensland, expanding opportunities will be examined in future phases following the successful implementation of Phase 1.

To begin the 2022 academic year, the ACT government has announced that it will accept international tertiary education students who have been wholly vaccinated with the TGA-recognized COVID-19 vaccine.

Vaccinated interstate and international passengers will be allowed into Tasmania on December 15, but not foreign students. University of Tasmania: “We are working together with the Tasmanian and Australian governments to secure the safe return of international students.”

“The Tasmanian Government is leading efforts to build an International Student Arrivals Plan in line with the roadmap,” they claim.

Our goal includes protecting our children and the Tasmanian community.

“Once completed, the plan will be submitted to the Australian government for approval.”

As soon as it becomes possible for students to return to Tasmania, the university will notify them personally.

According to ABC News, education minister Nicole Manison told ABC News the government was ready to submit a plan to the federal government. In January 2022, up to two planes carrying 180 students might land in Darwin if the proposal is granted. 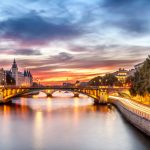 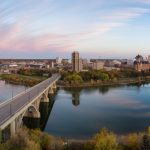