Summary: India’s External Affairs Minister S Jaishankar stressed the importance of education in the country’s economy. More than a million Indian students study abroad every year, laying the groundwork for long-lasting ties. India has more than 50,000 students representing 164 countries currently enrolled. India is particularly interested in ensuring that the best of our past is carried forward into the future. It is a component of a more extensive global rebalancing process. According to him, we will only achieve a multipolar and democratic world if we diversify the exchange of ideas.

One of India’s top diplomats said that the pursuit of knowledge had been a major driving force behind people from India traveling to other countries, helping to build strong international relations.

On Friday, S Jaishankar, India’s External Affairs Minister (EAM), stressed the importance of education in the country’s economy, saying that the pursuit of knowledge has been a significant incentive for Indians to travel abroad and has laid the groundwork for the country’s strong international ties. According to EAM Jaishankar, who spoke at a video conference hosted by Chandigarh University, the desire for education has been a significant motivator for Indians to travel to other countries in recent years. More than a million Indian students study abroad every year, laying the groundwork for long-lasting ties between people from different parts of the world.

In addition, according to the EAM, this is reinforced by India’s long history of attracting international students, with more than 50,000 students representing 164 countries currently enrolled. According to Jaishankar, today’s challenge is to rethink this two-way relationship so that it is beneficial to the entire world.

Ideas, creativity, and knowledge can be exchanged more diversely.

According to the Minister of External Affairs, the problems extend beyond education and the economy in some ways. It is a component of a more extensive global rebalancing process in which cultural and human resource considerations play a critical role and other factors. According to him, we will only achieve a multipolar and democratic world if we diversify the exchange of ideas, creativity, and knowledge. Additionally, he stated that India has a particular interest in ensuring that the best of our past is carried forward into the future.

Furthermore, Jaishankar asserted that the nature of power, like global architecture, is constantly changing and adapting. Dr. Jaishankar went on to say that technology, innovation, ideas, and talent will increasingly define countries in the future. In the longer run, their centrality should be the focus of the more extensive debate. Union Education Minister Dharmendra Pradhan and Foreign Secretary Harsh Vardhan Shringla spoke at the conclave and EAM Jaishankar.

Increasing numbers of Indians are expressing an interest in studying overseas.

Following the COVID-19 restrictions, an increasing number of Indians have expressed an interest in studying abroad. Alliance University’s Surekha Shetty, senior director of admissions and office of career promotion and networking, told Money Control that while the number of students moving overseas decreased by 20-30 percent last year, the number is expected to increase dramatically in 2021. As a result of the high level of education and employment opportunities available after graduation, Germany, Canada, the United States, the United Kingdom, Singapore, and Australia continue to be famous study abroad destinations. The vast majority of these countries have begun to accept Indian students, albeit with varying degrees of restriction in different areas. 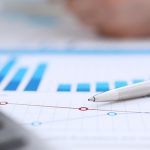