The traditional pathways remain accessible, but wealthy families are also investing in their children’s future.

Controversial for Indian students hoping to study abroad, the Covid pandemic did not consider the pupils’ commitment to improving their lives.

IN AUGUST, the EU decided to eliminate travel restrictions for anyone who had received two doses of the Covishield vaccine. As international borders opened in July and August this year, numerous Indian students rushed to consulates worldwide to obtain study visas. Students rushed to the American embassies and consulates in India to obtain immigrant and non-immigrant visas.

According to Namita Mehta, head of The Red Pen, a global independent education consultancy that assists candidates, “Our research shows that Indian students study overseas for four reasons. The system’s flexibility, such as possibilities to transfer majors and still graduate on time, and the considerable potential for research and most university curricula include some form of practical experience.”

The US alone has over 4,500 universities that provide a top-notch education with cutting-edge technology, flexible academic programs, and opportunity for hands-on training. Studying at some of the world’s most outstanding colleges allows Indian students to create solid professional networks and smooth their path to living abroad.

Nevertheless, the quality of a student’s international experience is strongly determined by their residency privileges, governed by local immigration restrictions in each country. Students can’t study and work unless they get financial support from schools and companies. The traditional process of obtaining an F-1 student visa has serious disadvantages, followed by an H-1B work visa. The transitory nature of these visas and the limitation of visa applications through the US H-1B lottery system has made settling in America more difficult.

However, long-term residency possibilities provided by government-run immigration programs in industrialized nations can significantly improve the experience of Indian students. These programs allow investors to diversify their portfolios by investing in foreign countries and gaining permanent residency or citizenship.

An increasing number of Indians are using these investment programs to get citizenship or residency. Most do this to support their children’s global professional objectives. Parents believe that their children will compete with their foreign counterparts without fear of their temporary visas ending their goals by taking this route.

The EB-5 Immigrant Investor Program is a favorite among wealthy Indian families. If you invest $500,000 in a US enterprise that creates at least ten jobs, you and your family can get US green cards in a few years.

Green cards help international students get into colleges because many colleges don’t classify them as international students. Green-card holders can also apply for scholarships and loans faster and may qualify for lower tuition prices. Students with green cards have more employment options and are not dependent on an employer for visa sponsorship. They might even start their own business right out of college.

Portugal’s Golden Visa Program is comparable to the US EB-5 program. It provides people permanent residence in Europe with a minimum investment of €280,000.

Both the US and Portuguese programs offer an optional path to citizenship after a few years. Better education, job, and lifestyle opportunities aren’t enough. In this scenario, a US passport permits visa-free entrance to 187 countries (a Portuguese passport allows 188), compared to 58 for an Indian passport. Maybe this is why the demand for US EB-5 visas has quadrupled in recent years. Golden Visa applications have increased significantly in European countries like Greece and Portugal, leading in real estate booms. Other nations have similar plans.

There are numerous investment programs and other avenues available for Indian students to pursue their academic interests outside of the country. Rebuilding global bridges after the pandemic are made easier with this. 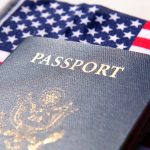 Visa appointment wait time would be ‘significantly’ longer, warns the US embassy.News 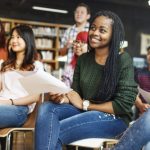 Checklist for sending your child to study abroadNews