Pakistan, Morocco, and Senegal were added to the list later in 2019.

The program has expanded to 14 countries at this point. The following new countries have been added to the list: Antigua and Barbuda, Brazil, Colombia, Rica del Sur, Peru, The Grenadines and Saint Vincent Republic of Trinidad and Tobago.

The IRCC indicated that continuing to expand the SDS would support Canada’s International Education Strategy and its goal of welcoming more international students from a “broad range” of origin countries.

According to government data, nearly 16,000 study permits were issued in 2019 in the seven new SDS countries, including approximately 10,000 in Brazil and 4,400 in Colombia.

“The SDS is a critical tool for international student recruitment, and we applaud its expansion into new markets,” a spokesperson for Universities Canada said.

“We will continue to diversify our international student population to ensure that international enrollment is sustainable and that our campuses benefit from true global diversity.”

Stakeholders in Brazil applauded the announcement, with Alexandre Argenta, director of Travel Mate and newly elected president of the Brazilian language travel and exchange association Belta, suggesting that “any change in the process that facilitates visa issuance will help increase demand for that country.”

However, he continued, current visa delays continue to restrict student mobility between Brazil and Canada.

“At the moment, I have not noticed an increase in demand for Canada due to the length of the visa application process,” he said. “There is a positive expectation that student visas will resume issuance on August 6; if this occurs, I believe Brazilian students will regain their confidence in applying to programs in Canada for 2022.”

Argenta added that the United States had seen an “increase in demand” following the resumption of student visa processing last month.

According to the Canadian Embassy in Brazil, Canada has been Brazil’s number one study destination for the last 17 years, others added.

The SDS intended to reassure Brazilian students that they will receive visas promptly, without jeopardizing travel plans or university experiences, according to Diogo Rdrgus, CEO of YES Intercambio.

“From our education consulting perspective, it is a genuine effort to assist students who are focused and prepared to study in Canada. It will undoubtedly encourage more students to choose Canada as a study destination, as opposed to other countries that did not offer any alternatives for expediting visa processing,” he explained.

Currency appreciation due to economic instability continues to be a challenge for prospective students, who are increasingly looking for more affordable study abroad options, which could benefit “best cost-benefit destinations such as Canada,” he suggested.

According to Belta surveys, Brazil’s students prefer to study in Canada, followed by the United States and Ireland. Canada, the US, the UK, Australia, and New Zealand will be the top five post-pandemic destinations, according to Rdrgus.

“According to a survey published by the Youth Atlas, the IBGE (Brazilian Institute of Geography and Statistics), the World Gallup Poll, and the United Nations. 47% of 50 million Brazilians aged 15 to 29 would leave the country next year if given the opportunity due to a lack of employment, education, and safety,” he continued.

“All that Seven new countries have been added to the Canada Student Direct Stream. Canada announced that the Student Direct Stream initiative, which facilitates visa processing for eligible post-secondary students in seven Caribbean, Central, and South American countries, would be expanded to include eligible post-secondary students.

Pakistan, Morocco, and Senegal were added to the list later in 2019. The program has expanded to 14 countries at this point. The following new countries have been added to the list:  Antigua and Barbuda,  Brazil,  Colombia,  Rica del Sur, Peru. “All that persists is for Air Canada to begin direct flights from Brazil before September, as classes begin in mid-August.”

The Canadian government added that international students would almost certainly continue to face travel difficulties to Canada due to ongoing flight shortages. It requires students to submit quarantine and vaccination information via the Arrive CAN app before travelling to Canada and designated educational institutions’ Covid-19 readiness plans. For fully vaccinated travellers may waive quarantine, it added.

SDS applicants who meet the eligibility requirements submit results of English or French language tests, immigration medical examinations, and biometrics, as well as financial evidence in the form of a Guaranteed Investment Certificate demonstrating they have a minimum of $10,000 to support themselves during their studies. However, one anonymous stakeholder said that the upfront $10,000 GIC fee deters many students and parents.

“Because convincing LATAM students and parents to open a GIC in Canada will be near-impossible, I believe the SDS route will be available only to those with extremely wealthy economic means,” they stated. “This contributes to the widening of the divide and discriminates against students from lower socioeconomic backgrounds.”

Students and parents may view the GIC as a fee, they added; however, students receive an initial lump sum of $2000 for settlement costs the first month after arrival, followed by additional monthly or bi-monthly instalments over ten to twelve months. “We need to educate them that this is a deposit that will be refunded as part of the student’s first-year living expenses,” the source stated. “One advantage is that many students and parents are concerned about disclosing their assets and investments; with SDS/ GIC, they are not required to do so, which may benefit them,” they added.

SDS countries will continue to have two options – SDS or traditional channels – resulting in a two-tiered system. “From my experience in other markets, IRCC prefers the SDS route over the non-SDS route for approvals. Visa denials based on non-SDS will almost certainly increase significantly. Additionally, SDS applicants receive priority processing, which delays non-SDS applicants’ processing. “Under SDS, the institution bears a portion of the responsibility for screening students to ensure they meet academic standards. As a result, SDS visa denials eliminate institutional selling points.”

“The global pandemic has impacted, and distressed everyone, including international students,” Canada’s Minister of Immigration, Refugees, and Citizenship Marco E. L. Mendicino stated. “By broadening the SDS to a broader range of prospective students, we are optimistic that international education will recover, if not thrive, as Canada emerges from the pandemic.” 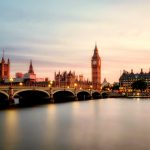 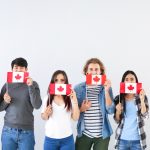 Canada to open a new type of work permit for essential workers and international graduate students.News