The United Kingdom is the most popular country globally: Report.

Summary: The United Kingdom is the most popular country globally, with 49 per cent of the population, followed by Canada with 36 per cent and the United States with 18 per cent.

the United Kingdom is the most popular study abroad destination

Master of Business Administration (MBA), master of science (MSc Data Science), and master of science (computer science) degrees are among the most popular courses for study abroad in 2021, while the popularity of MSc Management, business analytics, and project management degrees has increased in recent years. During the last year, there has been a substantial rise in the number of students who have opted to pursue specialized training.

“In 2021, there is a significant increase in demand for study abroad opportunities, and students’ hopes to pursue higher education abroad are greater than they have been in previous years. They are attempting to achieve new and different objectives.” Vaibhav Singh, the co-founder of Leap Scholar, was among those who expressed their opinions. Since the Graduation Immigration Route introduction, there has been a significant increase in interest in the United Kingdom as a study abroad destination. By the new regulation, students graduating from UK universities are permitted to work in the United Kingdom for up to two years, and this trend is projected to continue in 2022.

Thanks to a wide range of educational possibilities and a student-friendly regulatory environment, Canada has maintained its position as a famous study abroad destination among students. The United States had a strong resurgence due to the new political administration’s welcoming attitude toward overseas students. 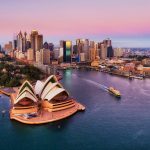 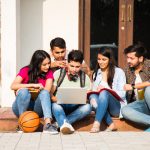 What’s New in Study Abroad Policy for Students in 2022?News