Summary: The Australian government has approved international student arrival plans for New South Wales, Queensland, Victoria, and South Australia. As a result of Australia’s zero-COVID policy, some pupils feel alone and alienated. Oscar Zi Shao Ong is one of the many international students returning to Australia thrilled about these new developments. The university shifted online and asked Ph.D. students and employees to work from home as the spread of COVID-19 escalated. A successful pandemic reopening of international student programs in the UK and Canada should be a model for Australian policymakers. How do students feel about online education?

A student leader believes that govt can do more to encourage international students to return to Australia. Students from other countries fear returning to Australia because of Australia’s “Fortress Australia” response to the pandemic. There has been a significant decrease in the number of Australian students seeking to study abroad at Australian universities, according to data from Adventus.

Several students have expressed displeasure with Australia’s zero-COVID stance, which they see as isolated and alienating. Scott Morrison warned in August that Australia must begin learning to live with COVID-19 once higher immunization targets are met.

The university’s plans to revitalize its international student population are taking shape. The Australian government has approved New South Wales (NSW), Queensland, Victoria, and South Australia for international student arrival plans. Oscar Zi Shao Ong, an overseas student, returning to Australia, is one of the numerous students excited about these new developments.

It is great news that borders are reopening and that NSW is scrapping quarantine requirements, said CISA national president. Many people are confused by the country’s disjointed reopening plans. Several experimental schemes for international students have been accepted, according to Ong.

Students from all over the world will be ready to cross the border once it is accessible. International students contribute significantly to Australia’s economy, and they seek assurances from the federal government that they will be able to enter the country.

A non-profit, non-political, and non-commercially aligned group created in response to the requirements of international students for a single voice, the Council of International Students Australia is headed by Ong. He is now pursuing a Ph.D. in mechanical engineering at The University of Adelaide. It’s part of his job to represent international students in government policy evaluations as president of CISA.

COVID-19 had begun spreading in Australia when he was going back to Adelaide to start his Ph.D. studies, he claimed. As the spread of COVID-19 intensified, the university moved online and asked Ph.D. students and staff to work at home.

When I was forced to relocate computers and other equipment back to my house, it was an exceedingly stressful time.” According to the Malaysian, “The absence of human interaction has made me feel lonely at times.”

According to Ong, “We’ve received overwhelming feedback that online studies aren’t working.” Furthermore, overseas students do not pay for this.” They spent good money on good face-to-face training. As a result of this, on-shore students would have received more substantial support in terms of social and engagement opportunities.”

On the other hand, he said that offshore students lack university affiliation, and some have never set foot on the grounds of their respective institutions. The survey also found that pupils from countries with a high number of COVID instances were more likely to suffer from poor mental health than those from countries with lower rates of COVID.

Expatriates in Australia “deserve better,” according to Ong. There is potential for improvement in the current initiatives to re-introduce overseas students, as well as the logistics involved. Aware of the importance of a safe return and public health, he stated that many overseas students have been fully vaccinated. During the epidemic, countries like the UK and Canada successfully reopened their international student programs. We wish it to do so. Future plans include working with the administration to bring back international students. 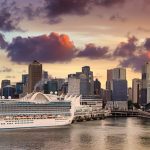 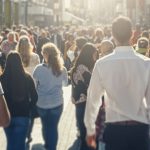