At the expo, which had over 3,000 registrations, 45 representatives supported Indian Students from 20 different higher education schools.

The coronavirus outbreak hampered the study abroad ambitions of many Indian students. Restricted access to foreign travel and the resulting misunderstanding of virtual classrooms raised several questions and concerns about the future of education. Ireland has been aggressive in the fight against the pandemic and was even crowned the best country last month for its response.

Education in Ireland for Indian Students

Education in Ireland, a Government of Ireland brand under the authority of the Minister for Education and Skills, organized a virtual education showcase for Indian and Sri Lankan students to transmit this message and answer questions from parents and students. Because of the virtual Showcase, guests could study whatever they wanted about Ireland and have any questions they had about the Irish higher education system answered in one place.

The fair. More than 3,000 people registered for the event, and 45 representatives from 20 different higher education institutions and various government and visa officials helped students understand the procedures and requirements for their transition to becoming international students in Ireland. Students and Irish delegates had 1,500 chat-based conversations during the event.

As part of Education in Ireland’s Virtual Showcase for India and Sri Lanka, Irish higher education institutions will be open and transparent in their interactions with Indian and Sri Lankan students online, according to Barry O’Driscoll, Regional Manager for India and South Asia at Education in Ireland. Student questions were answered in-depth by over 40 officials from 20 Irish higher education institutions via audio and video-based chat. It was encouraging to see such a large number of people show up for the Showcase.”

Representatives at the event answered a wide range of questions, including prerequisites for entrance and English tests, scholarships, Ph.D. fellowships, COVID-19 handling in Ireland, and job prospects in Ireland. They paid expectations for graduates in various fields. Many students were interested in engineering and business courses as well as psychology and social work programs. Courses in veterinary studies, dentistry, and psychology were also in great demand, and courses in information systems and biopharmaceutics engineering.

“Except for the United States, Ireland remains a popular study destination for overseas students due to its relatively open borders. The education system in Ireland is also among the best globally and satisfies the demands of a competitive economy. In other words, a lot of genuine interest was seen across many various sectors, including ICT (information and communications technology), business (medicine and pharmacy), hospitality (tourism), and humanities (arts). Students attending the sector-specific lectures gained knowledge about popular programs and post-graduate employment options.” Mr. Driscoll was a late addition.

To be a part of Ireland’s lively, multicultural society means coming to a country known for its rich culture, historical heritage, safety, and pioneering people, all while receiving the most exemplary educational standards and a warm welcome.

International students who study in Ireland can expect a boost in their career once they graduate because of Ireland’s long-standing commitment to investing in their education. It is expected that students in Ireland would study high-quality programs that will help them decide on a professional path and make them globally marketable, even after the pandemic.

A pan-India physical exposition will be held in Ireland early next year, according to plans in education. 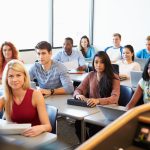 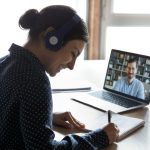