Last week, Premier Dominic Perrottet of New South Wales announced that fully vaccinated visitors would be allowed into the state starting November 1. Even so, Australian Prime Minister Scott Morrison later clarified that the country is only allowing citizens and their immediate family members to enter at this time. In contrast, New South Wales is working on getting its economy back on course. So, what’s new in the world of Australian international students? Following are the details of what will be discovered:

TATF CEO Margy Osmond told Sky News Australia that international students need to return “at the speed of light” to Australia, saying that they help the university sector and provide a solid skill base in the hospitality and tourism industries.

According to the Sydney Morning Herald, once the state achieves its much-anticipated goal of vaccinating 80 percent of its people on Saturday, New South Wales ministers will urge their federal colleagues to enable the state to open up to foreign students and visitors.

As a result of federal intervention, New South Wales Treasurer Matt Kean stated that he wanted international students and tourists to return to the state “as quickly as possible.” “Working with the When asked about the top priority, Kean responded, “We will work with the Commonwealth to ensure that the settings are correct. “

At least 500 international students will return to New South Wales in December under a pilot program implemented by the state. The Sydney Morning Herald reported that Morrison and Perrottet had “robust discussions” on Friday, citing a senior government source.

“Get our economy pumping,” Kean said by doing away with quarantine for fully vaccinated travelers. Kean said it was about making sure Australians stranded abroad could all return home. International students and tourists who have completed all required vaccinations will be allowed into New South Wales at the discretion of the Commonwealth, which is in charge of issuing visas.

According to the Financial Review, the International Education Association of Australia (IEAA) is preparing to launch a public awareness campaign about the benefits of international education, including jobs, diversity, and low-wage labor.

Universities, they claim, are exerting pressure on Alan Tudge, Minister of Education, and Alex Hawke, Minister of Immigration, to reform the student visa system to more directly link education with skilled jobs and permanent residency, like policies implemented during the Howard administration.

International students who complete an additional professional year in areas with a skills shortage, as proposed by the IEAA in a policy paper provided to Tudge and Hawke, should receive double the migration points toward permanent residency. The Australian Technology Network also submitted to the government that student visas be tied to employment. 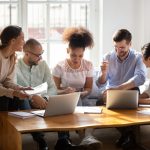 The global trends in higher education in 2021, what will it be?News 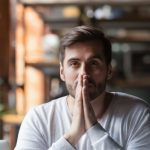