international students will return to Australia

International students can look forward to returning to Australia and will be admitted to New South Wales and Victoria as part of a pilot program. Education Minister Alan Tudge of Australia said on October 8 that he was “optimistic” about the international student sector’s recovery. Australia is looking into policies to help students return quickly.

The New South Wales government expects 500 international students to return in December. Meanwhile, Victoria has sent its plan to Australia for review. If approved, the program would make 120 weekly spots available. A limited number of areas will be allocated to university students who need to return to Victoria for practical work as soon as possible. More students from TAFEs, English-language colleges, private education providers, and secondary schools will be included in the plan’s second stage. The state government announced on its website that “more information about stage two will be available soon.”

Tudge added that they are working closely with South Australia on the timing and logistics of the June plan. This year will see the completion of all of Tudge’s projects. “Next year, I predict significant growth.” Unfortunately, I don’t have an estimate, but I’m hoping for the best. Tudge expects demand for international students to grow even though Australia will initially only accept a small number of them.

The principal predicted that a large number of students would return. Our world-class education, incredible lifestyle, and friendly people make us famous around the world. “We’re thinking about policies to help students return more quickly once supply is no longer a problem. ”

International students returning to Australia would be possible if vaccination rates rose. In Tudge’s opinion, the country is on its way to meeting its vaccination goals of 70 percent and 80 percent, respectively. According to him, adults aged 16 and up were given two doses, with 81% receiving the first and 60% receiving the second.70% of double doses have been found in NSW. “These vaccination rates allow us to reopen our economy and our borders.” As you know, the National Plan states that international students can return at a rate of 70%, then increase to 80%.”

Australians and permanent residents will be the first to benefit from the return of international travel in November, followed by international students and skilled workers. Tudge stated that mechanisms are being put in place to allow more people in safely. The Sinovac and Covishield vaccines are now recognized by Australia for incoming international students from countries like India and China. Vaccines from Pfizer, AstraZeneca, Moderna, and Johnson & Johnson are already approved in Australia.

Home-based quarantines are being tested in Australia. It has the potential to break the hotel quarantine bottleneck if it is successful. “In the not-too-distant future, this could be for a matter of days, not weeks,” he said. 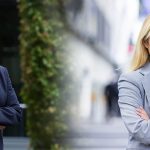 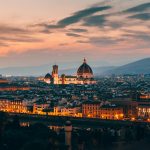 International Students in a smaller EU country: Advantages and DisadvantagesNews