Intelligent Overseas Education Travel Update: Travel restrictions for Indian students are relaxed in several countries, including the United States, Canada, the United Kingdom, Ireland, Germany, the Netherlands, Belgium, Luxembourg, Georgia, and other nations in the European Union and Asia. More countries are likely to open up as the status of Covid improves.

To the delight of Indian students studying at international universities and colleges, the Centre for Academic Excellence said that travel restrictions for Indian students are being relaxed by several nations, including the United States, Canada, the United Kingdom, and Germany. Furthermore, as the COVID-19 situation in the country improves, it is predicted that additional countries would follow suit.

Following the outbreak of the second wave of the epidemic in India, some nations placed travel restrictions on Indians, especially students. Since then, the government has made efforts to reduce the barriers that Indian students face while enrolling at overseas universities, according to the Centre for Policy Research.

V Muralitharan, Minister of State for External Affairs, stated in the Rajya Sabha today that the Ministry has been working on easing travel restrictions for Indian students enrolled in foreign universities, wherever they may be in place, to enable them to travel to their respective countries to complete their studies.

“Our missions across the world have been working hard to bring these concerns to the attention of the different governments and to persuade them to remove the travel restrictions in their respective countries. Another development is that the subject of travel restrictions has been brought up at the Ministerial level with several nations.”

As a result, travel restrictions for Indian students are being relaxed in several countries, including the United States, Canada, the United Kingdom, Ireland, Germany, the Netherlands, Belgium, Luxembourg, Georgia, and others.

According to the Minister of State for External Affairs, more countries are expected to open up as the situation with Covid improves.

In his speech, Muralitharan stated that the government’s primary concern is the wellbeing of Indian nationals living overseas, particularly students.

A senior American official also assured the Indian students that they would not be needed to produce proof of COVID-19 immunization to enter the United States, as had previously been the case. It will also be necessary for them to submit the findings of their COVID-19 exam, which must be done within 72 hours of their departure, he added. 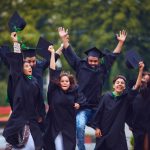 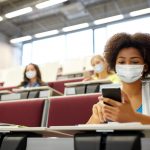 Start your overseas education amid the current Covid scenarioNews