Intelligent Overseas Education NSW Update: The government stated that around 500 international students would come to NSW in December as part of the Study NSW experiment.

The Commonwealth government has authorized proposals to repatriate students on chartered aircraft paid for by the students. Scape Redfern in Sydney’s inner-city can accommodate 650 pupils. The aim is for 500 international students to return to NSW by the end of 2021, with 250 returning every two weeks.

“I’m pleased that NSW is leading the way in welcoming foreign students back,” said John Barilaro, deputy premier and minister for rural NSW, industry, and commerce. International students will be permitted to return to Australia if immunization rates reach 70-80%. According to Australia’s education and youth minister Alan Tudge, the nation is “dangerously close” to achieving immunization targets.

“We are not taking any risks,” said Barilaro. In addition to the TGA-approved Covid-19 vaccination, strict quarantine procedures will be in place for all participating pupils. Also, no Australian citizen or resident who wants to return home would be harmed by our plan.” State lawmakers stress the importance of foreign education to the local economy. “International education is vital in linking NSW to the world,” said NSW Treasurer Dominic Perrottet. “Rebuilding the sector — worth $14.6 billion to NSW in 2019 – is essential to our attempts to reinvigorate our economy.”

Ayres said 57,000 kids are now studying or working overseas. In his words, many of them are “desperate” to return and finish their degrees at world-class universities. But IEAA CEO Phil Honeywood anticipates some challenges. “The NSW state government finally implementing its student return plan has given Australia’s struggling foreign education industry a significant morale boost,” he said.

Despite this, there will be certain obstacles in the way of implementation.

Determining which students will be given priority for re-enrollment at which institutions and controlling student expenses are among them. And the politics of just having four vaccinations available right now. When it comes to re-entry, he says, “the devil is in the details.” Ineligible for the experiment are Chinese students due to the non-acceptance of Sinovac and Sinopharm vaccinations in Australia. According to Belle Lim, president of the Council of Foreign Students Australia, international students are eager to see their fellow citizens return to school. “We appreciate the cautious approach and hope to see more students return to NSW.”

This covers independent providers like International College of Management Sydney and Kaplan as well as institutions. “Well-devised pilot plan” for a gradual repatriation of foreign students praised by Universities Australia. A world-class Australian education is a lifelong ambition for many students who have been waiting patiently to return to New South Wales universities. Universities Australia CEO Catriona Jackson says university leaders in NSW have worked closely with the state and Commonwealth for 18 months to repatriate students securely. She said the NSW scheme would be carefully examined.

International students are welcome in South Australia, Western Australia, and Victoria. In August, the rise of Covid-19 patients necessitated the postponement of those plans. NSW planned to launch a student return pilot in mid-2021. In Australia’s universities and colleges, half of all international students return home. Some of our foreign Ph.D. students are returning to complete their studies here after studying overseas. It is their collective goal that the New South Wales initiative succeeds. Universities Australia estimates that closed borders would cost Australia’s universities $2 billion by 2021.

Getting the Australian and NSW governments on board with a pilot plant for reopening our borders progressively to our international students took the NSW Vice-Chancellors’ Committee governor, Barney Glover AO, over 18 months of planning. Partner education providers will contact students who express interest in the pilot plant. 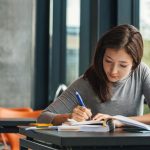 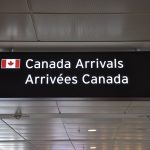 International students in Canada will have to wait until January 2022.News