Streamline the path to permanent residency for skilled migrants and international students.

By ioeadmin
Posted August 11, 2021
In News
Streamline the path to permanent residency for skilled migrants and international students.2021-08-112021-08-11/wp-content/uploads/2020/10/finallogo.pngIOEhttps://intelligentoverseaseducation.com/wp-content/uploads/2021/08/streamline-the-path-to-permanent-residency-for-skilled-migrants-and-international-students-e1628674289740.jpg200px200px
0

Intelligent Overseas Education Permanent Residency Update: In its report on Australia’s skilled migration programme, a federal parliamentary committee proposed significant reforms to the process through which skilled migrants and foreign students are given permanent residency in Australia.

A federal parliamentary committee recently suggested that Australia provide a more easy road to permanent residency for skilled migrants and high-achieving overseas students studying in the country. Earlier this week, the Joint Standing Committee on Migration released its final report on the nation’s skilled migration programme, which included numerous recommendations for how the federal government might enhance the programme going forward.

Since the COVID-19 epidemic began early last year, Australia has lost more than half a million temporary migrants, according to the head of the Committee, Liberal MP Julian Leeser, who noted that several businesses were suffering significant skill shortages. After reviewing the recommendations, the Committee suggested that the federal government modify post-study employment arrangements for international students who meet specific requirements, such as completing a course that contributes to a job in a sector with a skill need.

An application for permanent resident status could be submitted to a Canadian employer as an employee with two years of experience rather than three years under the employer nominated system.” As part of its recommendation to the government, the Committee stated that temporary visas should be changed for more individuals to have the opportunity to become permanent residents. Specifically, the Committee suggested that the Department of Home Affairs modify the visa criteria for the short-term stream of the Temporary Skills Shortage Visa (subclass 482) to offer temporary migrants a road to permanent residency.

A comprehensive attempt to address skill gaps, more precise definitions of permanent residency, and encouraging the brightest minds from all over the world to come and stay in the US to help us fill persistent skill gaps are his recommendations. As stated in the report, “several initiatives to the skilled migration scheme are recommended, including the consolidation of skills lists, the replacement of ANZSCO, enhanced concessionary for regional visas, better customer service from Home Affairs, and the standardizing of Labour Market Testing as well as the Skilling Australia Fund,” among other things. The report is available online. He said that the epidemic offered a chance for the government to restructure its immigration policy. Mr. Lesser agreed.

A shortage of Australian-born skilled workers has further exacerbated the skills gap. In addition, he made other remarks. Furthermore, since the outbreak of the COVID-19 virus began, more than 500,000 short term migrants have left Australia, according to him.” According to its interim report, a number of the Committee’s recommendations on skills shortages in the economy, their impact on company viability, and their potential to generate additional jobs for Australians have been accepted by the government.

Universities Australia expressed satisfaction with the final report of the Committee, which was tabled in the federal parliament on Monday. We embrace the goal of streamlining the system, increasing incentive for the best and brightest to remain in Australia, and exempting institutions from the Skilling Australia Fund Levy, according to Catriona Jackson, Chief Executive of the Universities Australia.

“We value the university’s dedication to assuring that outstanding students who put their scholarly accomplishments first can attain their educational aspirations. In fact, these are precisely the kinds of highly-skilled, bright children who might contribute significantly to the quality of life and the production of goods and services in Australia in the long term.” 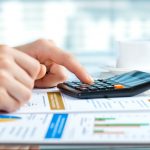 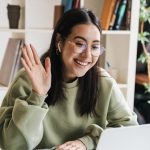