Studying in the UK is an exciting experience, but there are some fun local quirks that will take some getting used to. So here’s a list about those simple yet interesting things about UK you might want to know!
1. The Geography of the United Kingdom
2. Weather talks
3. Tea is life
4. There is no “British” accent
5. Tonnes of Slang words
6. Sorry is the most used word
7. Food is great
8. Weird traditions
9. Queuing is an art
10. Friendly atmosphere

1. The Geography of the United Kingdom

International students can choose from universities in any of these four nations if they want to study in the UK and learn about the distinctive histories and traditions of each of these countries, as well as their varying cuisines, accents, politics, and cultural practises.

When two Britons get together, you can be sure that the weather will come up within a matter of minutes. It doesn’t matter if it’s warm, sunny, and fresh or chilly, wet, and grey! In the UK, you’ll engage in a lot of chats about the weather. However, this does not imply that everyone is preoccupied with the rain. Join in on the conversation by discussing the weather. It’s how people in the UK start a conversation with a stranger, and you’ll soon find yourself making new acquaintances.

The greatest comfort food is tea for the majority of Britons. Tea is an essential part of life in the UK, whether you’re engaged in a late-night study session, heading to a lecture in the morning, or simply unwinding with friends in the evening. The milky, sugary variety that most Brits enjoy might not appeal to you right away, but give it a shot and you’ll soon find yourself reaching for a “cuppa” whenever there is a free minute in the day. Just be aware that you will develop an addiction. Never claim that we didn’t warn you!

4. There is no “British” accent

Mary Poppins, the Queen, and Harry Potter all have distinctive British accents, right? Wrong. The UK boasts an incredible variety of accents considering it is a small island. Don’t worry if at first this seems unclear. The wide diversity of voices you’ll hear all around you will become rapidly accustomed to and perhaps even adore. Before you know it, you’ll have adopted their accent and be speaking like a true Brit!

Chuffed, Knackered, Kerfuffle, None of these are words you’re likely to have learned in language school, but they’re a big part of British conversation. If you don’t understand something, just ask – English is overflowing with interesting idioms that Brits will gladly explain to you!

6. Sorry is the most used word

In the United Kingdom, the word “sorry” is used more often than any other. The British are known for their extreme politeness and willingness to go to great lengths to avoid offending others. However, this can sometimes take extreme forms. In the event that you bump into someone on the street, they will almost definitely apologise first. The word “sorry” will always be the first thing someone says, even if they are completely justified in holding you responsible for the harm you have caused. You’ll pick up the British custom in no time at all… Sorry!

The environment of northern Europe necessitates authentic comfort food, and the United Kingdom does it well. Locals are typically less fond of traditional British cuisine than you might anticipate, but don’t let this deter you; there’s nothing like a Sunday roast or fish and chips served in newspaper to make you feel warm inside. Don’t forget that the United Kingdom has more cheese kinds than France, so be sure to sample these whenever possible.

The UK is built on a love of tradition, whether the people there want to admit it or not. This is clear from how beautiful the royal family is and how famous the red telephone boxes are, but it’s the strange traditions that really set the UK apart. For example, on November 5, people remember the failed attempt to blow up the Houses of Parliament in 1605. There are a lot of fireworks and, strangely, effigies of the main plotter are burned on outdoor fires. Some British college students love these customs so much that they’ve made clubs for them.

9. Queuing is an art

Queuing is a skill that the British have mastered, along with tea and discussing the weather. Queues grow everywhere you look, whether it’s for the latest restaurant or simply at a bus stop. This is not a formal rule, but accidentally pushing into a queue will result in a few irritated eyes from those behind you. After all, British etiquette is to be extremely courteous!

Finally, even if everything appears foreign at times, studying in the UK is a terrific experience that is enhanced by the warm welcome you receive. Even if folks appear quiet or overly courteous at first, you’ll soon realise that everyone is glad that you’ve decided to live in their country. So get out there and meet some new people while having the best of your life! 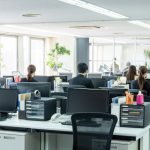