Abroad loans attend degrees are not impacted by Covid.

Summary: Even as the Covid pandemic crept over the country, Banks in Punjab report no decrease in inquiries from students seeking loans to attend degrees abroad. Nearly 1.68 lakhs to 1.82 lakhs students from Punjab gained study permits from India in 2020-21. Canadian home department estimates 2.92 lakh Indian students have received study permits in Canada. From September 2020 to September 2021, the U.K. issued study visas to 90,669 students. Australia had 23,354 students granted licenses in 2020, while the U.S. had 14,971.

Punjabis made up the vast majority of them. According to the latest data, more than 85 percent of students who went overseas for diploma courses couldn’t get loans. Farmers are taking out loans against farmland to send their children abroad. State Bank of India’s Nakodar branch says the number of requests for higher education loans has increased.

With lockdowns and a slowing economy, the Covid epidemic hasn’t discouraged Punjabi students. Even as the Covid pandemic spread across the country, Punjabi bankers told the Indian Express that requests from students seeking loans to attend degrees abroad had not decreased.

According to figures from the Home Affairs Departments of Canada, the United Kingdom, nearly 1.68 lakhs to 1.82 lakhs students from Punjab gained study permits from India in 2020 and the first and second quarters of 2021 the United States and Australia.

First-year fees and living expenditures might run anywhere from Rs 13 to 20 lakh, depending on the degree of study and the country in which the student plans to study.

It is common for students to take on part-time employment to pay for the rest of the course tuition, which helps local companies and boosts the economy of that particular country.

In the 2019-20 fiscal year, Indian students contributed $6.6 billion to the Australian economy, according to Leverage Education, a platform that assists students studying abroad at over 250 universities globally.

“In 2019, Canada issued over 1.40 million study permits to students and about 85,700 in 2020. According to Khilandeep Singh, CEO of Can-Able immigration Consultants in Ludhiana, Punjab, India will likely hit 1.75 lakh this year. Singh, the head of the International English Language Testing System Centre, says Punjabi students make up 60-70 percent of all Canadian students, resulting in a huge financial loss for Punjab. He said that there is still a considerable backlog of applications since Canadian officials have not crystalized their position.

A 197 percent increase in pre-pandemic year 2019 study visas to 90,669 students,” said Gurpreet Singh of i-Can consultancy, which deals with students coming to Canada and other nations.

Students manage their funds during their first year of education in a foreign nation in numerous ways.

On average, 10-12 “student loans” enquiries each day came from the Punjab National Bank in Jalandhar’s New Dana Mandi (New Grain Market). The bank carefully scrutinized each application before accepting or rejecting it.

According to Sonali, students can borrow the entire cost of a bachelor’s or master’s degree from the bank at an 8.5 to 8.8 percent interest rate. Only students who wish to study abroad can apply for these loans.

According to the latest data, more than 85 percent of students who went overseas for diploma courses couldn’t get loans.

Only students who wish to study abroad can apply for these loans.

Demands for higher education loans have risen considerably since the vaccination campaign began, according to a Nakodar bank official. The HDFC Bank in Jalandhar examines all loan applications and may refuse them if they suspect default.

“Last year, my daughter had to go to Canada, and I tried every bank I could find. Diploma programs don’t seem to be supported by policy. We borrowed money from family members to cover our expenses “Satbir Singh, from Kapurthala, Punjab, said 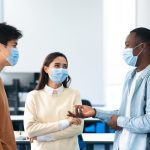 English-taught Programs outside the “Big Four” destinations have grown by 77%.News 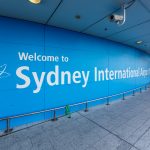