Intelligent Overseas Education Study Destination Update: According to the survey, 81 percent of students want to study abroad this year, while 19 percent have postponed or abandoned their plans.

For Indian students, Canada is the most popular study destination in the world. According to the most recent survey conducted by The WorldGrad, Australia has been demoted to the most miniature famous study abroad destination for students.

Furthermore, 81 percent of the students wish to study abroad, whereas 19 percent have postponed or abandoned their plans to pursue an international education for various reasons, including travel restrictions related to Covid-19.

The vast majority of students (95 percent) believe that getting vaccinated in India will make them more suitable for international travel. In contrast, 75 percent of those who have postponed their plans have stated that financial constraints are a significant factor, exacerbated due to the current economic uncertainty brought on by the current epidemic.
More than 20,000 undergraduate aspirants were polled for the study conducted by the tech-enabled platform WorldGrad to gain insight into their plans for studying abroad.

It also revealed that only 5% of the students have been offered admissions this academic year. In contrast, 76 percent are either still researching their options or are currently applying for a scholarship. This is due to the significant delays in the release of board results. As a result, students at international universities have not begun the fall semester and will most likely depart early the following year.

“It was commonly thought that the Covid-19 pandemic would have a negative impact on students intending to pursue higher education in foreign countries. It’s heartening to see that many students haven’t allowed the crisis to hinder their ambitions to continue their education, as seen by our survey results. The results of our survey show that a significant number of students have not let the crisis derail their plans and are determined to pursue their studies abroad,” said Abhinav Mital, Co-founder of WorldGrad. 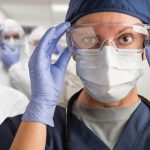 Study MBBS in India or abroad?News 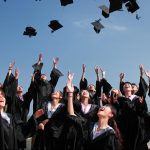