From September 12, the UAE will no longer restrict fully vaccinated Indian passengers.

Intelligent Overseas Education Travel Update: The lifting of travel restrictions for Indian citizens from the United Arab Emirates has also been announced, following a recent decrease in the total number of positive cases reported in the country to below 1,000 since last week.

Even though the number of people infected with the virus in India continues to decline, the United Arab Emirates has lifted its travel ban on Indian citizens who have received a complete vaccination. People who have been vaccinated will be allowed to return to the country by September 12th, provided that the World Health Organization gives their approval. Flights into the United Arab Emirates will be permitted on September 12th for Pakistan, Bangladesh, Nepal, Sri Lanka, Vietnam, Namibia, Zambia, the Democratic Republic of the Congo, Uganda; Sierra Leone; Liberia; South Africa; Nigeria; Afghanistan; and other countries.

The United Arab Emirates recently announced that it would resume issuing tourist visas to those who have received all of their required vaccinations. This decision was made because the number of new cases that have been confirmed as positive in the country has been declining in recent years; the most recent figure is 1,000 or less. Immediately following Malta, it is the highest in the world, and it was almost at 92 percent, which was on its way to becoming the highest in the world.

It is now possible for all citizens of the world who wish to travel to countries that accept their visa applications to obtain vaccines that have been approved by the World Health Organization (WHO). Both the ICA and the NCEMA have stated that this policy change has been approved and implemented as soon as possible. In a statement, WAM (the UAE’s official news agency) stated that “this is in line with the country’s strategy to strike a balance between public health and the activities of vital sectors, as well as in support of the national efforts to achieve sustainable recovery and economic growth.”

Tourists who wish to take advantage of UAE amenities such as shopping malls and parks in Abu Dhabi must first submit their vaccination records to the Al Hosn application or the ICA platform. AstraZeneca/Oxford/CoviShield, Johnson & Johnson, Moderna, Pfizer/BioNTech, Sinopharm, and Sinovac are among the companies that have received approval from the World Health Organization for COVID-19 vaccines. According to WAM, passengers arriving on tourist visas must submit to a mandatory PCR test at the airport.

Even though India’s government has barred Gulf News journalists from entering the country, the news outlet reports that India was the top source of passengers at Dubai International Airport in the first half of 2021, accounting for nearly 2 million passengers in total during the period. Emirates Airlines is the airline of choice for Indians traveling to the United States and Canada, and it is a great place to stop over during long flights. Previously, Indians were not granted tourist visas to Dubai or the United Arab Emirates; instead, they were required to travel there for business.

For the first time in history, the UAE Cabinet has approved a valid tourist visa for five years and allows for multiple entries (regardless of nationality). This visa was granted earlier in the year, in March of this year. On the other hand, a tourist visa can be obtained for either 30 days or 90 days if you are only planning a brief visit. When people from the United States or the United Kingdom arrive in India with a valid passport, they are granted visas on arrival, which they can use immediately. 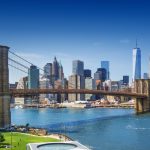 Post-pandemic study in the US: Considerations.News 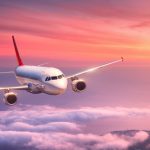 Investing in your child’s future? Here are 5 points to consider.News