For Indian students, the United States is a top choice.

By ioeadmin
Posted September 8, 2021
In News
For Indian students, the United States is a top choice.2021-09-082021-09-08https://intelligentoverseaseducation.com/wp-content/uploads/2022/07/1-01.pngIOEhttps://intelligentoverseaseducation.com/wp-content/uploads/2021/09/for-indian-students-the-united-states-is-a-top-choice.jpg200px200px
0

Intelligent Overseas Education Travel Update: When students see vaccines working well in the US, their levels of confidence go up. More students were interested in studying abroad in 2021 compared to 2020, ravaged by a deadly outbreak.

Increasing numbers of students are planning to go to colleges in the United States for their education. This appears to be because firms helping students choose schools abroad report that their student inquiries are increasing. “Interest in Australia and New Zealand has seen a drop, while interest in the US has exploded.” Next year maybe the biggest year for the US to date, according to Sumeet Jain, the co-founder of Yocket, a study-abroad consultancy. Jain has not yet seen the official numbers, but when he does, he expects this year to be more significant than prior years. In Jain’s mind, the program’s successful vaccine delivery method is why students want to attend his school. There was a great deal of fear at the start of the pandemic among students. Great faith has returned from the previous year.

According to the study, student confidence and spirits were significantly boosted due to recent vaccination progress in the United States. ‘Another thing to consider is the US embassy’s prioritization of students and the clarity with which they communicate with students,’ he added. A study-abroad consultancy in New Delhi, formerly known as The Chopras Group, conducted a study and found that more students were looking into abroad programs this year. The number of students interested in obtaining a university degree abroad has increased exponentially. “There has been a 20 percent increase in the number of inquiries from students who wish to study abroad,” he clarified.

Falling interest in studying abroad reveals that the epidemic is losing steam.

The above survey discovered that nearly 37% of Indian students had expressed a desire to study abroad, despite Covid.

The survey reflects this: American colleges are in high demand. A little more than 43% of the people in the survey expressed a desire to study in the US. Germany with 10 percent interest followed by Canada and the UK with 16 and 12 percent, respectively; the US, 10 percent; and Australia, 4 percent. US higher education was noticeably more desirable among high school and college students. “In addition, the survey reveals that grad students are considering opportunities in foreign countries.” 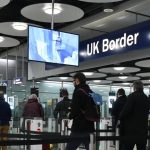 Way to permanent residency in the UKNews 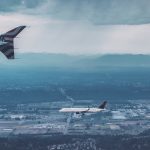