Northern Territory is set to become the first Australian jurisdiction to welcome back international students since the introduction of strict border closure in March due to the COVID-19 pandemic.

Northern Territory has trumped South Australia to spearhead the return of international students, as part of the country’s first pilot program which will see up to 70 students arriving in Darwin from Singapore later this month.

The first batch of students will return to the campus at the Charles Darwin University after spending two mandatory weeks in quarantine at a government facility in Howard Springs in time for the CDU’s next intake on 9 November.

CDU Deputy Vice-Chancellor Global Strategy and Advancement, Andrew Everett said the students will come from a range of source countries, including China and Southeast Asia and will be travelling on their own expense.

“International students contribute an estimated $99 million into the NT economy each year and support almost 500 jobs. It is hoped that the success of the pilot will help contribute to the recovery of the NT economy,” said Mr Everett.

International education industry was worth $37.6 billion to the Australian economy until last year – a source of revenue that is being increasingly crushed in the wake of the continued international border closure, which has blocked nearly 120,000 overseas students from entering the country.

Phil Honeywood, the chief executive of the International Education Association of Australia said the return of overseas students to Darwin would be the first step towards reviving Australian universities trying to navigate around slashed revenues, job losses and uncertain future.

“Any announcement by state or territory government regarding bringing international students back into their state or territory is proof of life for our beleaguered industry and the more we can see these examples happening, the more momentum we can gather and prove to the wide Australian community that it is a very safe way of restarting this important industry for Australia’s future,” he said.

In a statement to SBS Punjabi, a spokesperson for the state government said they are committed to welcoming back overseas students who are “important members” of the community.

“Any pilot program requires multiple approvals and the South Australian Government continues to work closely with all relevant parties to ensure international students are welcomed back to the state in a safe and responsible way that meets SA Health’s strict requirements.

“StudyAdelaide will work with the universities to assist international students to book flights once the proposal is approved,” said the spokesperson.

For all other international students who are currently stranded overseas and are studying in universities in other states particularly New South Wales and Victoria, the waiting period is expected to be longer.

Mandeep Singh, a Sydney-based business student who remains stuck in northern India is one of the thousands of international students who have deferred their courses because they do not want to be confined to online study.

The 29-year-old said he is happy to pay for his travel and stay in quarantine if the state allows him to return to face to face learning.

“We had not paid thousands of dollars to sit in front of a laptop. I and hundreds of other students stranded in India are more than willing to pay for our quarantine and travel as long as the NSW government allows us to return to the country like other states are beginning to implement pilot plans to fly back their students,” said Mr Singh.

Signalling an early-2021 return for students to campuses in NSW, Stuart Ayres, the Minister for Jobs, Investment, Tourism and Western Sydney told SBS Punjabi that the state is gearing up to fly back its cohort of international students early next year.

“We have had over 65,000 people go through hotel quarantine and there are many lessons from that operation which can be used to support the return of international students,” said Mr Ayres.

With appropriate quarantine arrangements in place, there is no reason we can’t aim to have international students back in NSW for semester one 2021

But for those currently enrolled with universities in Victoria, a state that was home to about 250,000 international students last year, there seems to be no end in sight to the waiting game.

While the state is working on a proposal to fly back international students, it hasn’t committed to any timeline like other states.

“The Victorian Government is continuing to work with the Commonwealth on a detailed proposal and we look forward to welcoming international students back to Victoria when it is safe to do so,” a spokesperson for the state government said in a statement. 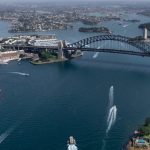 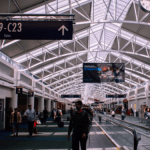