4 Best places to study in Canada

According to research conducted by the CBIE (Canadian Bureau for International Education), it has been found that a staggering 60% of foreign students aspire to stay in Canada even after their education. The pivotal reason for such popularity among international students is the immaculate quality of education and tolerant nature of people in the major cities of Canada. Some of the most acclaimed cities for education in Canada are Toronto, Montreal, Vancouver, Ottawa, Edmonton and Calgary. These cities boast of some of the most reputable universities in Canada, which are hot favorites among international students from all over the globe.
This article features top student cities in Canada. You get to read about other relevant details like the top universities, courses on offer, opportunities and diversity of students in each of these cities.
1. Toronto
Toronto, the capital city of Ontario, holds the possession of many eminent universities in Canada. It is regarded as one of the finest cosmopolitan cities around the globe. With an astonishing 50% of people belonging to the “Visible minority”, it is evident that Toronto welcomes students from different parts of the world, from Africa and Europe to Asia. A mind-boggling 160 languages are spoken in this part of Canada, which speaks volumes about Toronto’s popularity amongst the immigrants. Toronto ranks as the 11th best student city in the world according to the QS world rankings.
2. Montreal
Montreal is placed at number 6 in the QS Best Student Cities list for the year 2019. With a galore of esteemed universities, it has become one of the preferred choices of international students willing to pursue education in Canada. Though the city doesn’t make it to the top of the affordability parameter, high quality of living compensates for it. Montreal also ranks 2nd in the list of “Student View Rank” (QS World Rankings 2020), which indicates that foreign students are more inclined toward this city for education than other cities in Canada. The sheer blend of various cultures graces the beauty of this city, and the heart-warming hospitality and tolerant nature of people in this part of the country are unparalleled as well.
3. Vancouver
Located in the province of British Columbia, this coastal port is well renowned for its quality of education and peace of the living. The Economist Intelligence Unit has adjudged this city as “one of the most well-living places all around the world”. With an estimated 50% of people belonging to the minority group, Vancouver is certainly an ideal location for international students from diverse backgrounds to pursue higher education. English and French are prominent languages used in this part of the country. Vancouver is also ranked number 16 in the list of best cities for students (QS World Rankings 2019). Not only limited to the educational privileges, but Vancouver also boasts of breathtaking landscapes and other astonishing activities like hiking and skydiving
4. Ottawa
In the year 2019, QS World Rankings named Ottawa the 45th best student city in the world. With world-class educational institutions and veteran faculty members, it becomes quite an easy decision for students to opt for higher education in this city. The lifestyle and diversity of the people make it even more encouraging for international students. With the massive number of immigrants coming from continents like Africa, Asia and Europe, it seems quite legit that Ottawa is preferred by students from all over the globe. With extremely affordable shelter and transportation, and a plethora of employment opportunities, Ottawa certainly is one of the finest places for students.

Also read:
How much would studying in Canada Cost
The Canada Education System 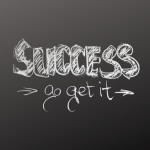 Study in The US and make it big!News