Study in The US and make it big!

The USA is one of the most preferred countries for students aspiring to study abroad. Not just being popular for higher studies, the US has also become a top spot for International students to build up their careers.

According to a recent analysis from the National Foundation for American Policy, one-quarter of US billion-dollar enterprises were founded by a foreign student who attended a US university.

Here are some of the “Bigshots” who studied in the US:

Elon Musk was born in Pretoria, South Africa. He is the creator of SpaceX, OpenAI, and the Boring Company. Musk went to the Wharton School and the University of Pennsylvania.

Max Lytvyn, the creator of Grammarly and a Ukrainian native, went to Vanderbilt.

Sundar Pichai, CEO of Google and Google Alphabet, was born in Madurai and received his engineering degree in metallurgy from IIT Kharagpur. Following that, he earned his M.S. from Stanford University and his MBA from the University of Pennsylvania.

Satya Nadella, CEO of Microsoft, was born in Hyderabad in 1967, attended Hyderabad Public School, and then went on to study electronics and communication engineering at Manipal University. He moved to the United States after graduating in 1988 to pursue his master’s degree in computer science at the University of Wisconsin, Milwaukee. In addition, he has an MBA from the University of Chicago Booth School of Business.

Shabeer Bhatia, Co-founder of Hotmail, grew up in Bangalore, India, and attended Bishop’s School in Pune and St. Joseph’s Boys High School in Bangalore for his primary and secondary schooling. He transferred from BITS Pilani in Rajasthan, India to the California Institute of Technology in 1988 to complete his bachelor’s degree in the United States. He graduated with a master’s degree in electrical engineering from Stanford.

Padmasree Warrior, Cisco’s chief technology officer spent 23 years at Motorola. Padmasree Warrior, born in 1961 in Vijayawada, India, earned a bachelor’s degree in chemical engineering from the Indian Institute of Technology in Delhi in 1982 before moving to the United States and earning a master’s degree in chemical engineering from Cornell University.

Studying abroad opens up a whole new world of opportunities for you to take advantage of. All these people studied in the US and have now become influential people in their respective niches.

This would have given you a good idea of how studying in the US gives you a better shot at becoming successful. You could be the next Sundar Pichai! or someone more successful than the people listed above.

Still not sure about your study abroad plans? Don’t hesitate to ask our experts about your doubts.
You can reach them here.

TOP 5 REASONS TO DO MBA FROM ABROAD
Planning to study abroad? Know these 10 things first! 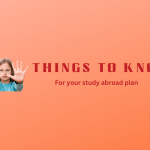